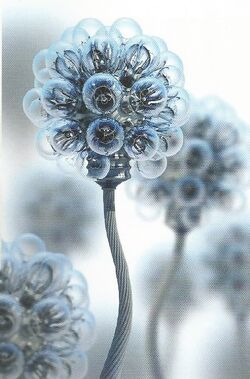 Sekulan is a place where dimensions are grown and tended to like Earth farmers tend to fruit trees.

Aeon Priests know of higher dimensions, alternate worlds, curled-up planes of existence that aren't normally experienced by natives of Earth. Several of the dimensions are large (perhaps even infinite). Others are in motion and only rarely intersect the world. A few are also completely artificial. There are dimensions that are born, grow mature, and die in the time a human might daydream away an hour. And finally, there are dimensions that are farmed and eaten by entities known as the Brax.

The Brax breed and grow artificial dimensions for their overlords, who in turn consume those dimensions like food. The overlords are beings of perhaps boundless complexity that PCs would find difficult to comprehend. However, PCs are unlikely to ever encounter an overlord. The same isn't true for the Brax, however.

When character encounter the Brax on Earth, many don't understand that they've been contacted by an extraplanar intelligence. Instead of realizing that an entity from another dimension has noticed them and is trying to communicate, characters who "meet" a Brax might believe they've been colonized by a Brax brain parasite, and that the strange inner voices are hallucinations brought on by fever. According to local lore, such parasites accumulate where prior-world ruins are found.

Characters who are the focus of a Brax's attempt to communicate are subject to unsettling hallucinations (of a higher-dimensional realm called Sekulan) until they're cured or die. The responsible Brax, for its part, isn't trying to harm the mind at all. Rather, it's seeking ineffable traits culled from the imagination of living creatures to inject into fledgling dimensions it and its kind tend.

Sometimes characters "afflicted with brain parasites" are pulled out of the world and into Sekulan, the realm of the Brax. Characters in Sekulan briefly exist in a higher-dimensional state than is normal for them, and thus their sense waver on the verge of being overwhelmed. But before that happens, they encounter the Brax as they truly are: many legged spheres of color and sound three times the size of a human. A visitor also witnesses the endless fields of fledgling dimensions grown like crops on the ends of vast synth stalks, like pods on a tree.

When the Brax pull characters into Sekulan, it's almost always accidental. Dimension farmers work to quickly return intruders back to their home dimension before the Brax overlords become aware of their transgression, and punishment ensues.[1]