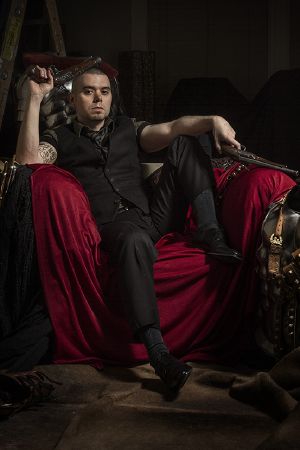 Kieran Yanner is the lead artist for the Numenera role-playing game.

A self-taught artist born and raised in the Australian coastal city of Darwin, Kieran crossed the pacific ocean at the age of 20 to pursue his dreams in the land of opportunity – The United States of America. With some hard work and many a sleepless night, he has amassed a broad client base from around the world and has produced creative works for a number of leading entertainment companies, including Microsoft, Sony, Disney, Marvel, DC Comics and many more. Kieran currently works as a freelance artist from his home in Seattle.[1]