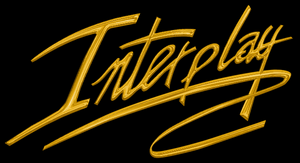 Interplay entertainment is a video game developer and publisher founded in 1983 by Brian Fargo (as Interplay Productions). The company is notably praised for its CRPG, having developed The Bard's Tale series and Wasteland, and having published titles like Fallout 2, Baldur's Gate and Icewind Dale.

The company represent a important part of the video game history, with companies like Blizzard Entertainment and Bioware having made there first steps along with it.

However, the company experienced several financial difficulty, leading to the take-over of the company by Titus Software in 2001, with Brian Fargo leaving soon after. Black Isle Studios was then closed in 2003. Even if the company still exists today, it is far from its former self.