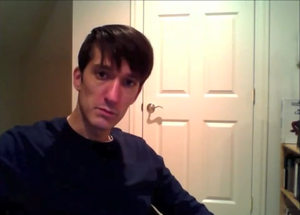 George Ziets is the Lead Area Designer and one of the writer on Torment: Tides of Numenera, a game developed at inXile Entertainment. He was added to the development team after the kickstarter campaign reached two and a half million dollars, and was promoted to Lead Area Designer in March 2014.

He is responsible for the design of the Bloom, having produced a 150-page documentation on the game area.

He was the Creative Lead of Neverwinter Nights 2: Mask of the Betrayer and Dungeon Siege 3, and a freelance designer on Pillars of Eternity. He also took part in the development of Fallout: New Vegas and Lord of the Rings Online.

His work on Neverwinter Nights 2: Mask of the Betrayer is especially praised, being often described as the closest game to Planescape: Torment, which greatly inspired George Ziets.