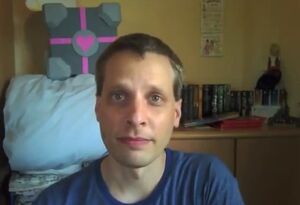 Adam Heine is a developper at inXile Entertainment, he is currently working on Torment: Tides of Numenera as Design Lead, and writer. He will also write a novella linked to the game, as well as a digital comic book (Torment: The Jack's Gambit).

While he began to work on Tides of Numenera as a designer, he was promoted to Design Lead in November 2013 by Kevin Saunders, in acknowledgment of his dedication to the project (since Colin McComb brought him in very early).

He lives in Thailand, where he raises a family of local orphans.